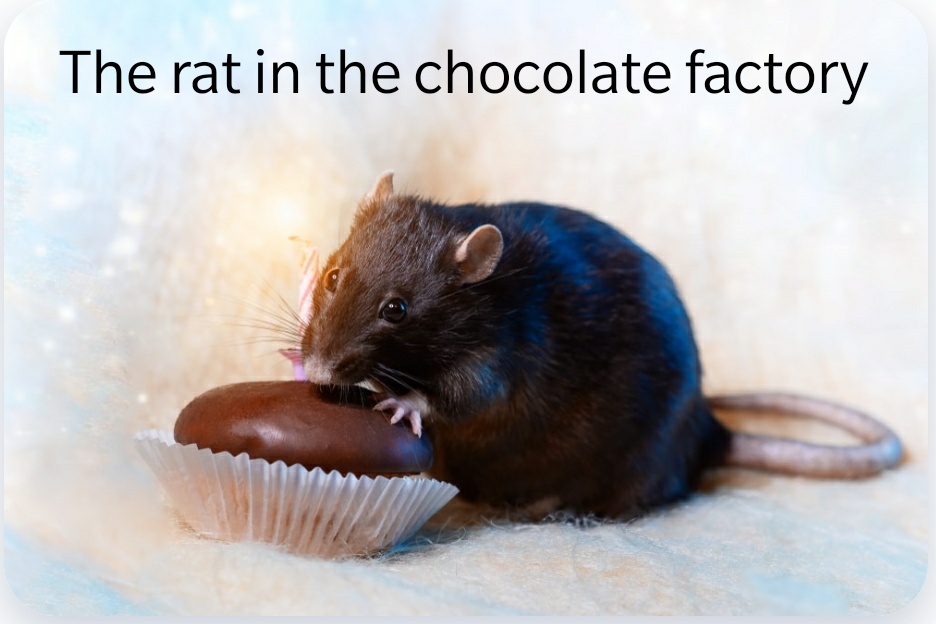 The long lonely trudge from school, with only the thought of munching on some sweet toffees along the way making the daily grind tolerable…Nah pleasurable.

He had to be careful of his older brother who on more than one occasion had caught him – owing to his carelessness in throwing the wrappings by the road-side. Since then he had started putting the wrappers into the pockets of his shorts and disposed them into the rapidly flowing stream, a hundred yards from home, watching till he saw them disappear from view.

It was by a stroke of luck that he had come across this treasure.

Each month a few dozen packets of sweet coconut toffees, weighing a kilo apiece, were stored at the back of his uncle’s Kirana store until they were opened and put into glass jars in front for customers to buy. His mother, who was particular that he and his brother eat a hot, freshly prepared meal for lunch every day had their Tiffin boxes delivered to the shop every afternoon. The shop was close to their school and he and his brother ate sitting at the back of the shop in between all the provisions.  They had to alternate picking up the Tiffin boxes from the shop in the evening and returning it to their mother. On his turn, he always stood expectantly a minute or two longer.  If his uncle happened to be in good mood and not busy with customers, he would put his hand into the toffee jar and reward him with toffee or two.

That lucky day, busy with a sudden rush of customers, his uncle asked him to open a packet of toffees and fill up one of the empty jars. When he went behind, he noticed that one of the packets had a small hole in it. Gently insinuating his fingers, he was able to wriggle out half a dozen toffees which he hastily stuffed into his pockets. Pretending that nothing was amiss, he took a fresh, undamaged packet and proceeded to follow his uncle’s instructions.   From then on, he no longer waited for his uncle’s generosity and when came to collect their Tiffin box in the evening, he helped himself to as many toffees as his pockets would hold. The walk back home no longer became a drag and he started to look forward to the solitude; enjoying the greenery of the fields, the gurgling of the streams and the wind that blew on his face, happily munching on the sweet delight.

As he got bolder, he realized that with his finger-nails, he could easily open a fresh packet. He had to be careful not to take out too many from the same pack since it would then look lean and his uncle could get suspicious. He turned them around and placed them at the bottom of the pile such that the holes he made wouldn’t be visible.  He even went to the extent of brokering a deal with his brother to pick up the Tiffin boxes every evening in exchange for the use of his new cricket bat at school practice, a birthday gift his brother had received from their father and refused to share with him. Things were indeed looking up for the young upstart…

It was many months later, while they were eating lunch, that his uncle came into the back and said,

‘‘You boys better be careful eating here, I think we may be having a rat problem. Many of the chocolate packets have holes in them and I believe the rats must be doing the damage.’’

After the uncle left, his brother looked at him craftily,

‘‘I think I know very well who the rat is. Start sharing the spoils of your chocolate factory or I shall spill the beans.’’