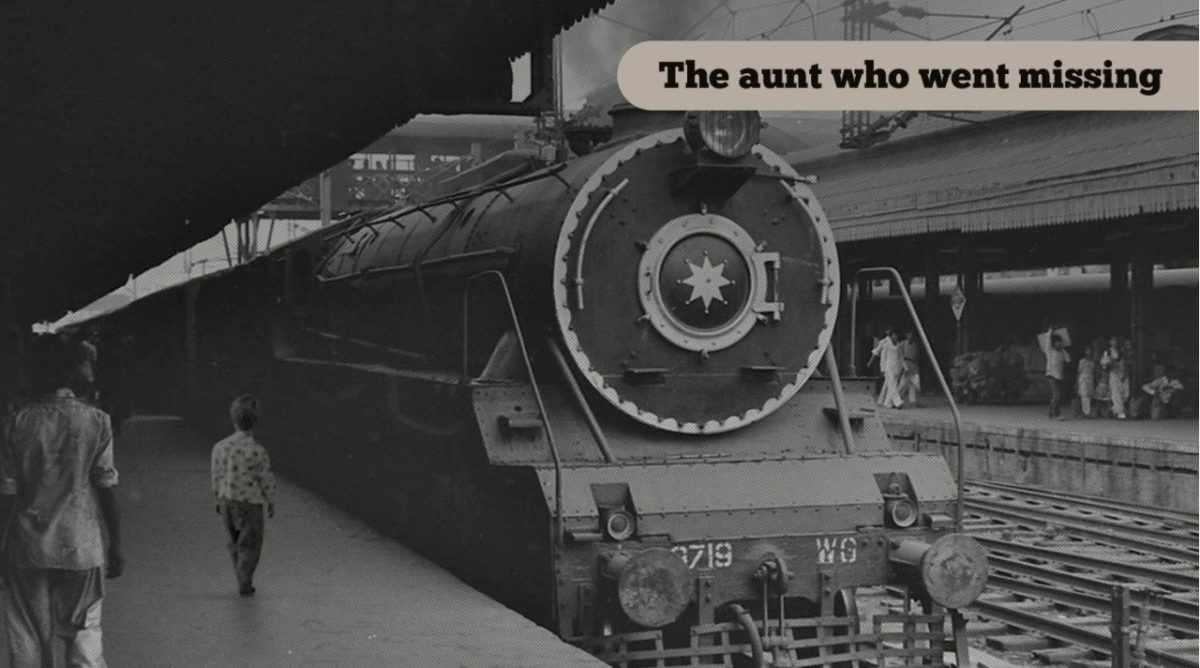 Certain incidents in our lives remain so deeply etched in the sub-conscious that when we recall them, it seems they might have happened just yesterday. Such an incident happened to me a long, long time ago…actually half a century back!

I was eight years old, returning to Mangalore (aka Mangaluru) after my annual summer vacation spent with my parents in the town of Balaghat, where my father was a P.W.D. engineer with the M.P. state Government.  Me and my unruly ‘band of brothers’ were shepherded by our Aunt, a strict and conscientious school-teacher at St Anne’s, Mangalore. Chanakka – as she was fondly called by all and sundry – had accepted the responsibility of enforcing some discipline (and hopefully some education) into the 4 of us, considering the near-impossibility of finding decent English-medium schools in the Hindi heart-land.

A  journey from Balaghat to Mangalore in those days was an adventure spread over 3 days across  4 different trains; starting with a romantic narrow gauge between Balaghat-Gondia, followed by a  hot and over-crowded meter-gauge journey between Gondia-Nagpur across an arid landscape, a somewhat more civilized connection between Nagpur-Madras (Chennai now), full of cultured Tamilians, culminating in the majestic West-coast express as it chugged along the verdant freshness of the Malabar coast spewing coal-dust on us even as we welcomed the first monsoon showers.

It was the stopover at Madras when it all happened!

Dear Chanakka had made a habit of making good use of the 4-hour break before the last leg of the journey to stock up on sweets, edibles, fresh fruits and vegetables to feed the hungry mouths on the train and later on arriving home. Having undertaken the journey multiple times, she was quite familiar with the busy and crowded Moore market, a short distance away from the Madras central station. This time she took me along, probably bothered by the fact that whenever she wasn’t around the older brothers had begun to enjoy bullying the young upstart who had cornered her affections in a short span of time.

I was given strict instructions to hold on to her at all times while she shopped and bargained. I dutifully abided, marvelling at the variety of the things on sale. As I followed her, at a fruit stall she bent down to feel whether the mangoes she was buying were as ripe as the lady claimed. Not completely satisfied she quickly moved on to the next stall, for a moment forgetting that the boy who had been clutching on to her fingers all this time had lost his grip. In the meantime, the boy apparently lost in his own thoughts and not noticing that she had moved on continued to stand beside the lady who had taken her place. When this other lady walked away briskly, he followed; surprised that she had not bothered to hold his hands and he desperately tried to keep pace with her. Chanakka, in the meantime, remained oblivious to the fact that her favourite nephew had moved far away into the bustling crowd.

By the time I realized that the lady I had been chasing wasn’t my aunt, but some other lady who by some co-incidence was wearing the same colour of sari that Chanakka was, it was too late. I looked around but there were only strangers everywhere. I controlled my tears and walked around in circles before coming to the conclusion that my best chance was to make it back to the station and try to get to the right platform where hopefully my brothers may still be there. I walked a kilometre to the station entrance, but then a doubt crept into my mind if it was platform number 6 or 9 where our train had arrived.  I also recalled my older and hence ‘smarter’ brothers discussing among themselves that some of the coaches from our train would be shunted to another platform and be attached to the West-coast express. If this had already happened, I would be well and truly lost.  Pushing those thoughts aside I decided to try my luck at platform 6 and following the signs quickly made my way. As I descended the steps, in the distance I saw my brothers roaming around aimlessly in the now almost deserted platform. I rushed towards them realizing that I never had been so happy to see them.

They eyed me curiously as I approached them;

‘I think she’s lost!’ and went on to explain how I was able to find my way, but was afraid that she might have forgotten how to get back. They looked at me incredulously, not for a moment believing my bizarre explanation.

Just then our Aunt reached us, completely distraught. Seeing me she gave a huge sigh of relief, hugging me repeatedly.  Later in the train, much to the envy of the others, I was lovingly treated to the choicest of the edibles and fruits she had picked up at the Moore Market.

I sometimes wonder: What if I had not found my way back that evening, got lost, waylaid and kidnapped by some unscrupulous elements?

One thing for sure – it would have been more than just a Blog!!!